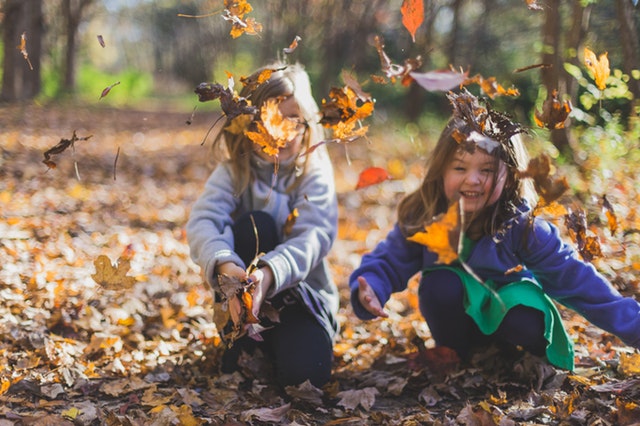 School holidays have started, it’s winter and you have a very hyper toddler at home. They have so much more energy than you do and require constant stimulation, entertainment and attention. Read the following ideas you can do to try to keep them tantrum free and happy.

This isn’t technically our first school holiday, as he’s just finished at nursery and starting preschool for the first time in a couple of weeks. It is, in fact, the first time since he was one, that he’s been at home for so long without him having chickenpox or us being away on holiday. And wow he requires constant, constant fun and games. I wish I had just a tiny bit of his energy levels. I don’t think I remember a time, even when I was little, that I had this much energy! So I have tried to stick to a rough daily schedule of fun and games.

Play sand itself has many options for great play!

Roads and Hills – Bring the tiny cars, trucks and bikes, make roads and hills to ride over and through.

Dinosaur Attacks – A great playground for all the dinos to come out and play.

Dinosaur Bones – He was particularly pleased with this one. Not really understanding the concept of fossils, I buried all the plastic dinosaurs in the sand and gave Kal-El one of his paintbrushes and showed him how to gingerly dig them out. He thoroughly enjoyed the exercise, each dino find was a surprise and guessing from the bits sticking out, which one it was. We repeated this several times.

Volcanoes – We made a volcano and had a pretend eruption where everyone was fleeing the hot lava, lots of giggles and laughter.

Shapes – We used our shape cutters usually used on the play-doh, to make shapes and little creations.

Toy Cleaning – After being covered in sand, you can move right into water play by putting all the toys in a bucket with water and soap. Get them to wash their own toys, not only do they learn all about helping tidy up, but which kid doesn’t love water play! 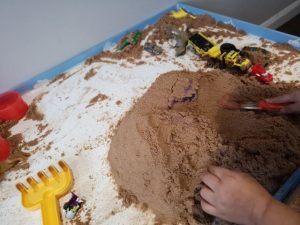 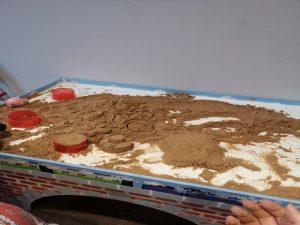 In total, including preparation and clean up time, the play sand lasted a few hours and took us to dinner time. 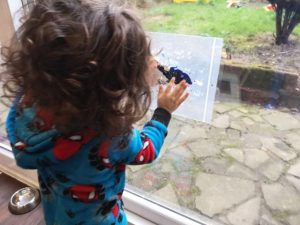 At this point, you should be about ready to start making supper. Always good to have little hands assist. I put him at the breakfast bar, give him his own chopping board, one of his plastic knives and let him try to chop up and help you prepare dinner. I sometimes give him a bowl of dry pasta and lots of little containers to play with. This usually gives me enough time to finish up the cooking.

At some point in the day, we will go out for a walk and/or bike ride. A trip to the shop for some milk and bread or just around the block.

As preschool nears, we are phasing out naps in the day, which sucks as I really miss the snuggles on the couch. But he needs to get used to his new routine I suppose.

I hope you’ve found this post helpful. Leave a comment with some other activities you use with your little ones!

3 thoughts on “Indoor Activities for Toddlers”